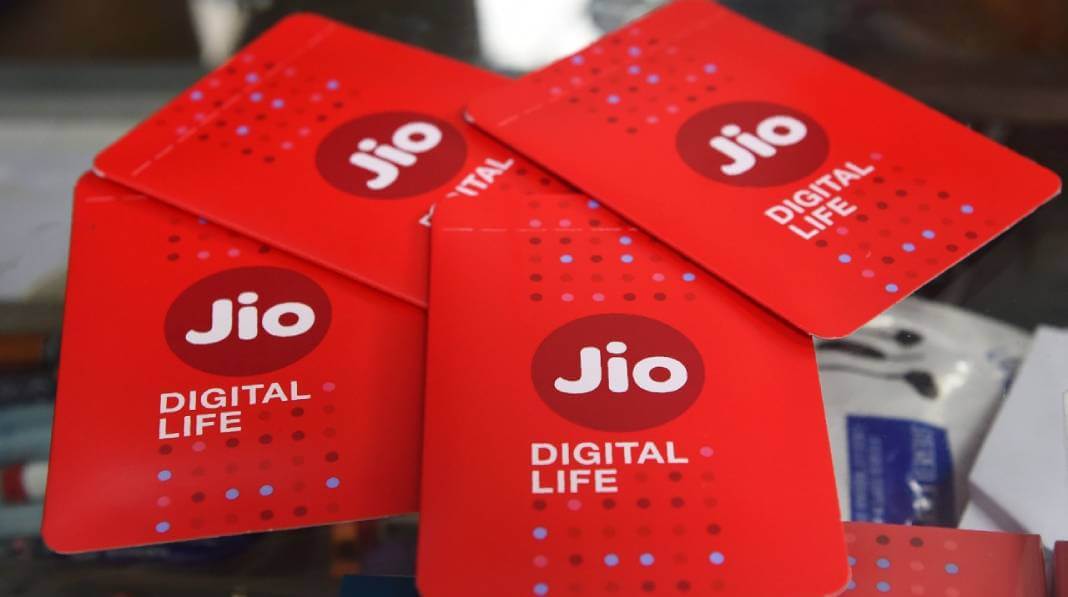 The Rise and Rise of Reliance Jio

Back in 2016, when Mukesh Ambani announced Reliance’s commercial foray into the telecom sector with the service launch of Jio Infocomm- it was believed to be a market disruptor, with its cheap tariff plans. Almost four years later, Reliance Jio has trumped its competition to become the undisputed market leader in the telecommunications industry.

Last year itself, Vodafone Idea; which became the country’s largest telecom operator by subscribers after their merger in August 2018; relinquished the crown to Jio- the youngest operator in the domestic telecom scene, based on June 2019 quarter figures, as released by both the operators. Earlier, Jio had pipped a giant singular entity Bharti Airtel to reach the second position. But it took Jio just three years to be numero uno in terms of subscriber base- a massive feat to achieve as a new player in a struggling sector.

In the meanwhile, a number of other firms such as (the now defunct) Reliance Communications (RCom- headed by brother Anil Ambani), Telenor, Aircel and Tata Teleservices either got sold or had to shut down their operations to cope with Jio’s aggressive pricing, marketing and growing reach.

Let us look at Jio’s impressive journey through a play of numbers:

Jio created a world record in customer acquisition within the first month of its commercial launch by bagging more than 1.6 crore subscribers in September 2016- the fastest by any enterprise including Facebook, WhatsApp and Skype.

…and 10 cr subscribers within 4 months

Subsequently, Jio crossed 10 crore subscribers within 170 days and thereafter, achieved the 30-crore subscriber mark within two-and-a-half years of its operations in March 2018. For the same feat, Airtel took 19 years!

Profiting over 500 cr within 2.5 yrs of introduction

Jio turned profitable within less than 18 months of its commercial launch and, posted a net profit of Rs 504 crore in the Oct-Dec quarter of FY18. For the same period, the then-largest telecom company Airtel reported a consolidated profit of Rs 306 crore.

In July 2019, when Jio became the market leader, defeating Vodafone Idea, it had amassed a cumulative figure of 33.13 cr loyalists as per TRAI publication.

However, it is interesting to note here that, the journey of Jio dates back to the beta-testing (soft launch) of its 4G services for its one lakh-plus employees in December 2015, called corporate testing. This was followed by preview plans that were pre-loaded on Reliance Digital’s LYF brand of phones. The user base was then extended to families of Reliance group employees.

An year later, on 1 September 2016, when world’s fifth richest man Ambani announced its mass public roll-out at the Reliance AGM, the telecom sector buzzed and shook. The announcement of ‘free’ voice calls, messaging and internet data services by a mobile network operator was not just unheard but unbelievable too for the common public which ended up lapping this free flow of freebies for the aam janta. A historic move by the man who knows no other way, if you go by his business story. Mukesh Ambani doesn’t believe in ordinary market moves. He likes to capture it, and by a large margin at that.

Soon after the announcement, Airtel, Vodafone, Idea Cellular and even the state-run BSNL scrambled a similar combined plan of dropping their individual tariffs, in a bid to combat the hysterical loss of subscriber base that followed. Cries of anti-competitor behaviour went unheard and we saw the merger of Vodafone and Idea in the post ‘Jio-effect’ era.

After bagging historic no. of subscribers in record time, Jio continued to perform well financially as well as, it recorded the highest revenue in the sector in FY19-20 itself (Rs 11,679 cr). But the game changer was Jio’s data speed.

According to the Telecom Regulatory Authority of India (TRAI), Jio has been the fastest 4G telecom service provider since 2018 and had registered the highest average speed throughout the year. In 2019 also, Jio lead the average download speed in. In fact, on a month-on-month comparison basis, Jio clocked an average 4G download speed of 21 Mbps in July’19, as opposed to 17.6 Mbps in June’19- a jump of 19% therein.

At Reliance’s 42nd Annual General Meeting (AGM) in Mumbai, Ambani laid down the bouquet of next set of aggressive actions the company had planned for its golden goose Jio. “Jio has made India data-shining bright. Today Jio customer base stands at over 340 million… The potential for growth is immense and half a billion customers is now, I believe, well within our reach,” he said. From the same stage, Ambani had also proclaimed that with people’s love and support, Jio had become the second-largest operator on a single platform across the globe. Thus emphasising that Jio was never to be limited to a domestic disruptor but to be grown into a world-class entity.

From the podium that day, Ambani also announced the launch of four new ‘growth engines’ for Jio including Internet of Things (IoT) for the entire country, home and enterprise broadband services as well as broadband for Small and Medium Enterprises (SMEs). The revenue for each of these started trickling-in in the same financial year itself with Ambani further announcing an investment of 3.5 lakh crores towards a high-speed 4G network.

At the same event, Ambani assured its investors that ‘leading global partners’ would be inducted for further investments in Jio and also Reliance’s retail arm. And both the entities would be listed on the national trading bourses “within the next five years”. Though, many expect Jio to drop on the stock exchanges much earlier.

Keeping at his promise to usher in foreign direct investment (FDI) in Jio, Ambani trail brazed multiple such deals within a span of a couple months even as the international market grappled with the ripple effects of the Corona virus pandemic.

So, while the world looked to figure out a cure for the quite fatal communicable disease, it was business as usual in the Ambani office. Defying all odds, the telecom giant raised over $20.2 billion between April and July 2020. The new USD funding is aimed to allow Jio to increase its money flow in existing lines and help launch ambitious future devices.

The chip of the block being, Sundar Pichai led Google’s investment. Latest in line to a slew of solid investments, Google has promised to partner with Jio to make cheaper Android-based smart phones for Indian consumers. Jio and Google had separately tried to enter India’s low-cost phone market but their ventures flopped due cumbersome red tape and resolutions. With a solo effort refusing to bear fruit, Google jumped at the opportunity to attract Jio’s customers for its large-scale production dreams.

Moreover, combined with Facebook’s sudden interest in Jio (after reportedly facing hurdles in making its WhatsApp Pay feature available in India due to regulatory difficulties); it is a potent trio to be afraid of globally.

Google and Facebook’s strong arrival in India can also be linked to the ongoing US-China trade stand-off wherein the American administration has asked departments to stop purchasing 5G equipment from China. India might be the only hope for global supply of 5G solutions if Jio’s tech partnerships turn successful. In turn leading to a worldwide domination of an Indian company- on the lines of India’s recent push for indigenous products and services and call for exports under the aegis of the ‘Atmanirbhar Bharat Abhiyan’ (movement for a self-reliant India).

With the launch of Jio Glass and Jio Meet at the 2020 AGM, Jio is not looking to settle down anytime soon and is giving all indications of expanding its reach further. Further, with the introduced of ‘Made in India’ 5G solutions, the company looks forward to make 5G hardware and handheld devices in India- in a big push to the country’s self-sufficiency in tech R&D and production.

In April this year, when Facebook bought 9.99% stake in Jio for Rs 43,574 crores in the largest FDI deal in India’s tech space, it opened the floodgates for future foreign investments by tech giants as well as venture capital or angel seeding firms. Facebook has valued digital vertical of reliance at Rs 4.35 lakh crores.

However, Jio’s revolution is not limited to the telecom sector; with high speed internet across India, they have created an entire media and entertainment industry around Jio and its subsidiaries to eventually become the market leader in the media sector as well. The rise of online entertainment streaming platforms is also majorly attributed to the post ‘Jio effect’ era, which guaranteed the common people accessible and affordable daily high-speed internet usage.

(As sourced from this report https://www.equialpha.com/post/reliance-s-journey-from-oil-to-jio-and-significance-of-recent-deal-with-facebook)

Another interesting fact to note here is that Jio’s 4G coverage in barely three years was better than India’s entire 2G coverage covering 60,000+ villages (with Jio as the sole operator). This is testament to the clamour that Jio has been a greater revolution than what FM or dish antenna (TV) bought to the farthest of India’s nook and corners. A rural revolution of sorts; with 70% data usage being reported for video consumption; thus, establishing the demand for such content and the subsequent rise of viral apps such as TikTok and others.

Here’s the list of global players that have invested in RIL’s Jio Platforms from April-July 2020 (in descending order of amount):

With these massive stake holdings by tech giants, investment firms and blue chip makers, Reliance Jio is all set to usher in a new dawn for the Indian telecommunication industry. And with Mukesh Ambani at the helm of it, the globe may be dancing to the tunes of ‘Jio Dhan Dhana Dhan’ soon!